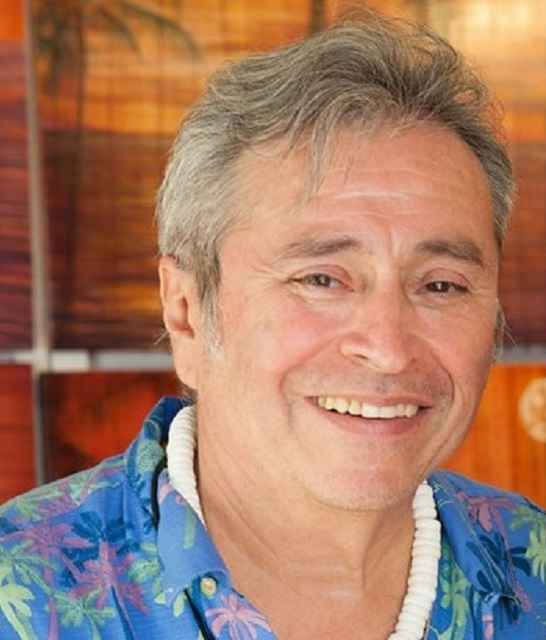 David “Kawika” Maes Gallegos was born in Colorado. His family is American and has been for generations, in all its branches, direct and collateral. On David’s Maternal branch, his Great Grandfather fought in the Civil War. In 1862, Lincoln signed the Morrill Land Grant Act. David’s Great Grandfather Archuleta received 250 acres near Durango, Colorado and mined it for gold and silver. On David’s Paternal side, His great Grandfather was a Dutch German Mountain Man who married a Cheyenne chief’s daughter. With his Uncles fighting in WW1, and in WW2, David’s Father John L. Gallegos, a decorated US Army Ranger Paratrooper who died at age 50 from his wounds, David was not as fortunate to be in the military as his forebears.

A dire hand accident at age 2 needed 12 reconstructive surgeries, one a year from the end of 1956 to 1967, required David’s family to move first to San Francisco. San Francisco was home to the best Hand Surgeons in the world. Every year, a new surgery was done to reconstruct a hand which originally was almost Amputated. This provided David with his first “Visual Art Experience”. Ironically, they were pencil drawings the Surgeons would draw as a strategy for the next reconstructive surgery as a planning guide, year by year, a new drawing, before each surgery. “There were no computers back then, David recalls, I only remember my Mother’s suffering, I think there must be a defensive mechanism to block the pain and grisly aftermath, when the bandages come off, the drawings by the doctors really stayed with me, because I could see their eye to hand to paper connections, and I was intrigued. I was told I asked for drawing materials at the age of three. Drawing materials were then always at my side during recovery after my operations, with my right hand bandaged, usually hanging up on a medical device to prevent scratching or re-injuring my Hand. Around 1964, moving to Los Angeles for the last surgeries, David was hooked, and devoted to Art by the age of nine. By the age of 14, winning his first award, First Place in Graphic Arts at the California State Fair for a Silkscreen print. Following soon were drawing and painting scholarships at the University of California Northridge, while attending Life drawing classes at UCLA by 1969. The work of Picasso, Matisse, Mondrian, and the German expressionists were a powerful influence at the start of David Gallegos’ career.

In 1976, D.M.G. received his Bachelor of Fine Arts Degree “With Distinction” winning two full tuition portfolio scholarships from California College of Arts and Crafts in 1976. At this time, he worked as the chromist for famed Antique Restorer Arlyn Petersen in San Francisco, delivering Objects de ’Art to many prominent San Francisco Patrons, where he privately viewed paintings by Matisse, Picasso, Renoir, Bonnard, Mondrian, Rembrandt, privately viewing “Woman with a Hat” by Matisse with Elise Haas before the painting was donated to the San Francisco MOMA permanent collection. In 1975, D.M.G. met Anton Gintner, graduate student of Richard Diebenkorn, who passed on his influence of Bay Area figurative painting to him. In 1979, D.M.G. then received his Master of Arts degree from San Francisco State University, with painters Robert Bechtel and Richard McLean. “They were a strong influence for high quality in your work, but little was said about what an artist is, Good was the keyword, then Good Luck the second”.

David Maes Gallegos was given his first one-man show at a “Good” Nob Hill Gallery in San Francisco in 1978. From 1978 to 1990, David had numerous solo and group museum and gallery exhibitions in Northern California. During this time, he also was invited to work with the Tamarind Lithographer, Ernest DeSoto at his Workshop in San Francisco, California.

In 1985-86 David produced five limited edition lithographs, including his 1984 Chicago Night: “No Defense Against Nuclear Weapons – Art for Peace” Lithograph. (2/2). Posters of this 9 plate Lithograph were sent to the U.S. Senate and U.S. House of Representatives.

The START treaties followed a year later in 1985.

The period from 1980-85 was a time of extensive travel in the U.S. by D.M.G., who attended every major museum in the U.S.A., absorbing as many works of Classical, Realist, Impressionist, Post War Abstract Expressionism, Minimalist, Pop Art, and Conceptual Art as possible. A 1985 summer teaching internship at St. Anne’s Convent in Colorado inspired a series of works that were entered into the Interfaith Forum on Art, Religion and Architecture International Art competition, winning D.M.G. the prestigious Merit Award at the Judah L. Magnes Museum in Berkeley, California, for his “St. Anne’s” series of 86’ x 120” Color field Abstractions, based on the history of the Cross. In 1986-90 David completed numerous Commissions for Corporate, Public and Private collections, Including; Landmark tower in Tokyo, Embassy Suites in Lake Tahoe, and Venture Capitalist firms in the Silicon Valley and San Francisco.

In 1990, D.M.G. was discovered by Zephyr Cove Publishing a Japanese Publisher. D.M.G. signed to a five-year contract from 1990 to 1995, and again from 2000 to 2003, D.M.G. where the Artist traveled to Japan annually for exhibitions of his Artworks in Japan, including Sendai, Tokyo, Nagoya, Osaka, Kyoto and Fukuoka. By 1995, David had saved enough money to paint full time.

David Maes Gallegos’ works have been displayed in Solo and group exhibitions and are part of the Permanent and Campus Collections Including: Saint Mary’s College Museum of Art, The California Palace of the Legion of Honor, the Richmond and Redding Art Museums, the New Mexican Museum, The Stanford University Art Museum at Stanford, the Hobart Gallery in Santa Barbara, in California. The Northern Illinois University Gallery in Chicago, a; the Gallery Ravel in Austin, Texas, the Arizona University of Art Museum in Tucson, and the Hawaii Museum of Contemporary Art. Barton Memorial Hospital, Liberty Dialysis, and the west Hawaii community Health centers are among the many Hospitals D.M.G. has Acquired his Originals and Graphics.

D.M.G.’s Artwork has been featured in Architectural Digest, Art in America, Art Week, the Encyclopedia of Living Artists among many News periodicals, from San Francisco to New York to Hawaii. He currently teaches and practices his art in Hawaii. In 1987 he formed “Spirit Art Studio” and is also known as “Kawika” or David in Hawaiian.